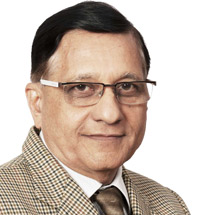 As an Executive Chairman, Mr. Ashwin C Shroff has always led from the front. Affectionately called Ashwinbhai throughout Excel, he always leads by example and is the bearer of all the values that make life at Excel so special. He is firmly committed to the Excel way of working - building consensus and democratic processes. He has been serving the Company since over 50 years and his leadership continues to inspire the entire group to march ahead.

He has been richly recognized for his contributions to the growth of the Indian Chemical industry and received the ICC Lifetime achievement award in 2012.

New products, exhibitions and trade shows, innovations and initiatives – there is a lot always going on at Excel. Find out the latest happenings. View More